The North Dakota Autism Center, Inc. was founded because of one little boy. In 2002, the Smith family was blessed with an amazing little boy named Tyler. Gene and Sandy Smith were excited to be adding to the family. Tyler was joining the troop with two older sisters, Darcy (Kasprowicz) and Sarah (Matthews). They all could not wait to spoil him. Excited about the opportunity to attend and cheer him on at football games, baseball games, and take him hunting! He was such a wonderful addition to the family.

In 2003, Tyler got sick. He would barely drink his bottles or eat anything. Sandy took him to the doctor and was told to continue pushing fluids. He had a virus that lasted for 12 days. Finally, he started to perk up, but what came next would change the lives of this family forever.

Tyler forgot how to walk and talk. He would not respond to his name or any other direction. He also stopped looking at people. Sandy feared that Tyler had lost his hearing. After a few appointments with the audiologist, it was determined that he could hear and was recommended to speech therapy.

During this time, Sandy had also started to do her research about what was going on with Tyler. She came across many articles that seemed similar to the things Tyler was doing. Things such as obsessively stacking or lining up items, fixation of objects, sensory issues, no longer using words, repetitive behaviors and not meeting age appropriate milestones. Sandy brought up her findings to Tyler’s pediatrician. At the time, the doctor dismissed Sandy’s concerns.

Tyler continued with speech therapy. At the end of a session, the therapist told Sandy she should get Tyler evaluated at the Developmental Clinic. Sandy scheduled an appointment right away.

In February 2004, Tyler was diagnosed with Pervasive Developmental Disorder – Not Otherwise Specified (PDD-NOS), which was on the Autism Spectrum.

It was recommended that Tyler receive 40 hours of ABA (Applied Behavior Analysis) Therapy. Sandy started her search to find a therapist in the area. Unfortunately, she soon found out the closest center-based therapy was 5 hours away. At this time Sandy worked for Microsoft. She had this amazing autism benefit, but wasn’t able to use it. It took some time and precious time was ticking away. Eventually, Sandy found an individual to do therapy for her son.

As Tyler began this intensive early intervention therapy, his sister, Darcy, was taking him back and forth to his sessions between classes at Minnesota State University Moorhead. Darcy was on track to graduate soon and start her career. The Smiths had to come up with options on how to keep Tyler’s progress going and how they were going to get him back and forth to all of his therapies. Darcy made the decision to put her career on hold to take care of Tyler. In December of 2004, Darcy opened an in-home daycare that would allow therapists in and out of her home to help the children she cared for. Seeing the need to help children with extra needs, Sandy and Darcy made the decision to start the process of creating a place for these amazing kids. In 2006, the North Dakota Autism Center, Inc. was incorporated. In 2007, they became a 501c3 nonprofit corporation. In 2008, the family’s dream became a reality and the North Dakota Autism Center, Inc. opened the doors to provide services to all of the AuSome individuals that needed the support.

To empower and enrich the lives of all individuals.

Compassion – We appreciate others’ perspectives and learn by listening.

Integrity – We always act with honesty, equity, and respect for all.

Teamwork – We do our best work by collaborating and encouraging others.

Excellence – We demand more of ourselves to achieve AuSome goals.

Support – We work alongside others to create a cultivating environment that celebrates individuality. 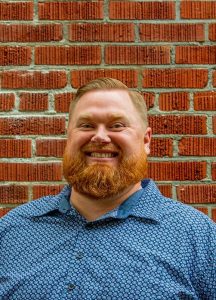 David Kemper is the new Executive Director of the North Dakota Autism Center. He brings nearly 20 years of experience working with various non-profits in the area, serving in multiple roles. He has extensive experience working with clients, staff, and boards of directors to achieve the goals and objectives set out by the organizations he has served. David’s experience across many non-profits will bring a different perspective, fostering growth and opportunities for the North Dakota Autism Center.

David went to college for Elementary Education, with minors in Mathematics and Special Education. He has lived in the Fargo/Moorhead/West Fargo area for nearly 30 years. In his free time, he loves to spend time with family and friends, and enjoys reading, golfing, playing card games, and watching movies. 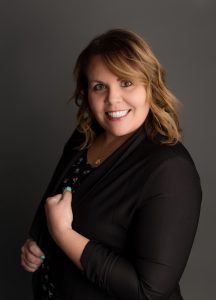 Darcy Kasprowicz is the co-founder of the North Dakota Autism Center, Inc. and the Mission Director. Darcy tells the organizations story and builds community connections.

Darcy’s brother, Tyler, has autism and she has dedicated her career to raise awareness and acceptance. She has been with the autism center since the beginning and has worked to create an inclusive and supportive community. Darcy’s focus has and always will be to embrace all of our uniqueness. It is her belief that everyone has an important part to play in the world and through kindness and positivity anything is possible.

Born and raised in the FMWF area, she currently resides in Horace with her husband, Eric, and daughter, Alexis. Darcy enjoys spending time with her family, watching her daughter play soccer, reading, and going to movies. 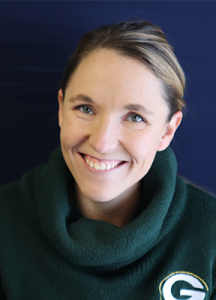 Jess Bivens is the Director of Human Resources at the North Dakota Autism Center. She joined the team in 2013 part-time, took a few years off, then rejoined again in 2018.  She was a firsthand witness to the incredible growth the NDAC experienced, going from a small building and clientele, to a largely successful business serving many more families.

Jess has an extensive background in retail management, which gave her many tools that she is now able to bring to the NDAC team. She has three foundational building blocks that make up her leadership identity: on-purpose recognition, playing to an individual’s strengths, and the idea that being a leader is a privilege that is earned, not given. 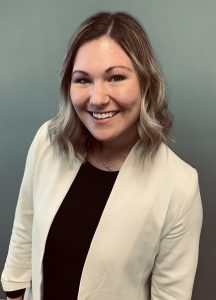 Shelby Schweigert is the Director of Operations for the North Dakota Autism Center. Shelby’s roles include improving operational management systems, processes, and best practices. Her day to day work includes ensuring all operations are carried out efficiently, improving performance, mentoring staff to improve and increase quality of services at all levels.

After graduating from Minnesota State University Mankato in the Fall 2015 with a Bachelor of Science in Social Work degree, Shelby found herself a new home and career in Fargo as she started work at the North Dakota Autism Center as a Registered Behavior Technician. It was a passion for helping all people to reach their greatest potential that drew Shelby to work in the autism community. Shelby has held various roles including Assistant Program Manager, Program Manager and Quality Assurance and Training Manager. In 2019 she began her role as Operations Manager, with a focus on managing day to day operations and ensuring the quality and success of staff, clients and families for years to come.

Shelby lives in West Fargo with her husband Andrew, their two sons, and dog Wrigley. When she is not managing the various happenings of the Center you can find her doing cycling classes or in the stands cheering on the University of North Dakota Football team. When she is at home, she enjoys the busy yet rewarding lifestyle of being a mom. 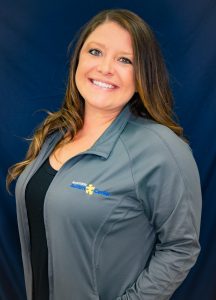 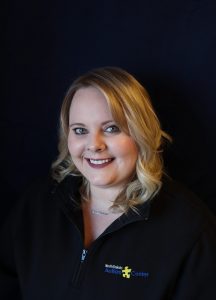 Vanessa Hove is the Accountant at the North Dakota Autism Center. As the accountant, some of Vanessa’s primary responsibilities include overseeing financial operations and processing payroll for NDAC. Vanessa has been at NDAC since 2016 where she started as the office manager. She received her Bachelor’s Degree in Business Management from Minot State University and has over 10 years of accounting and payroll experience. When not at work, Vanessa enjoys crafting, retail therapy, reading, golfing, and hanging out with friends and family. 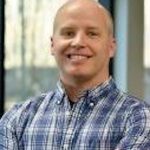 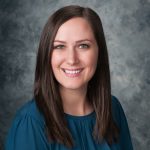 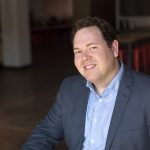 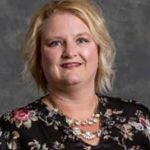 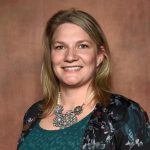 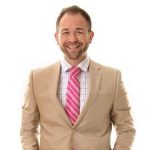 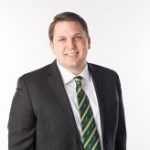 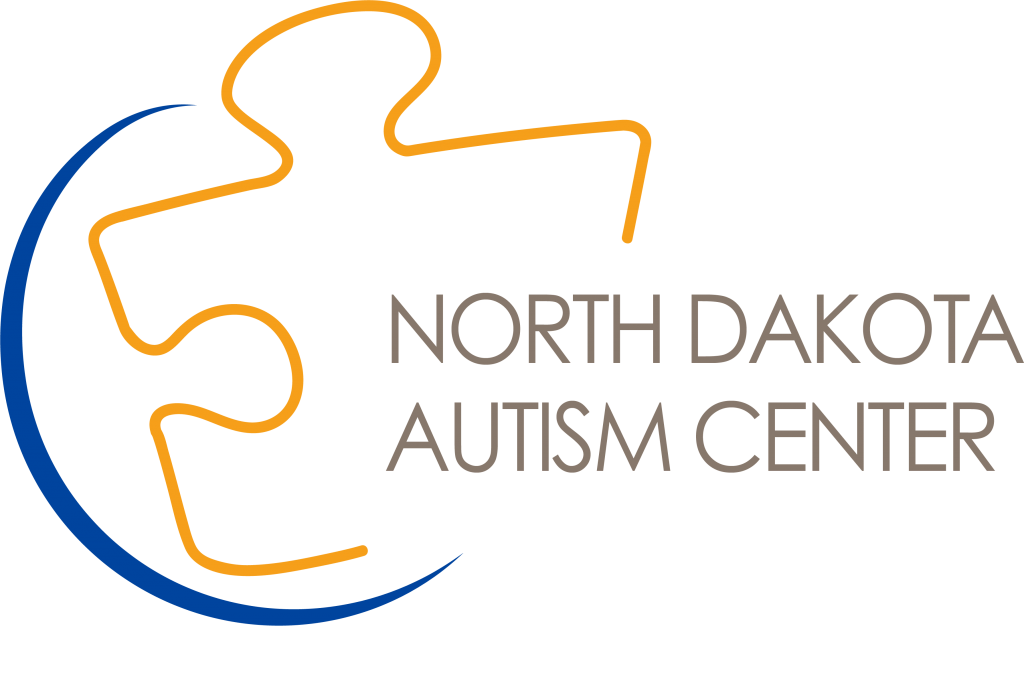